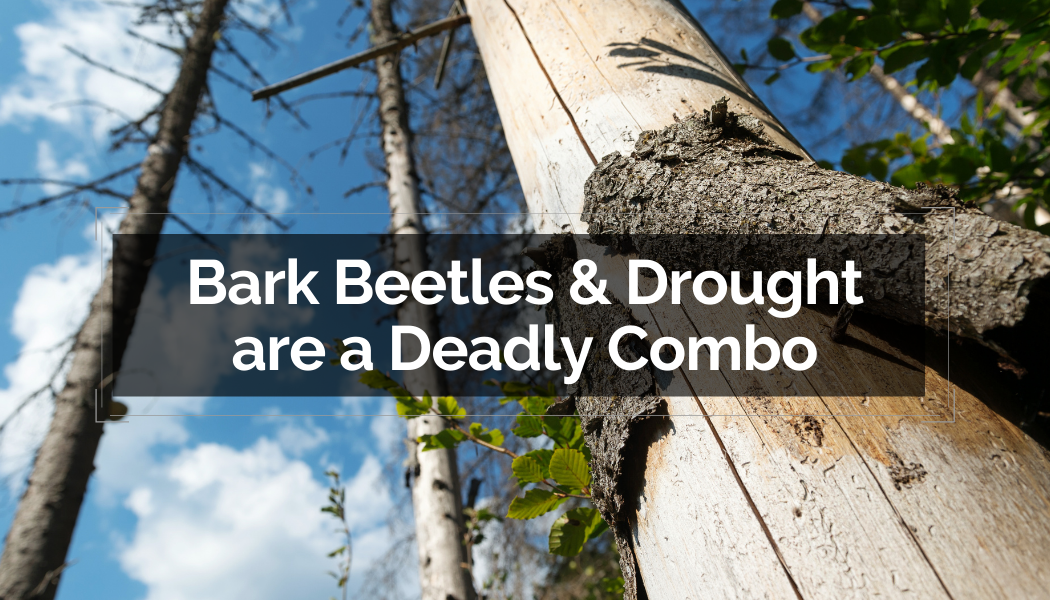 Bark beetles along with drought are creating havoc in California’s forested areas. Together, they are a disastrous combination. More than 147 million trees have already died from drought and bark beetles in California. And unfortunately, in some communities, over 80 percent of the forest trees have been killed.

Why are we discussing bark beetles and drought together? A tree’s only defense against bark beetles is sap, which is produced best by a healthy tree. But when a tree is diseased or stressed by drought, it may not be able to produce enough sap to protect it from being overrun by bark beetles. The more severe and prolonged the drought, the greater number of dried-out, dead and diseased trees. The greater the risk of forest fires.

View map showing areas with the greatest amounts of tree mortality due to bark beetles and drought. Brought to you by fire.ca.gov.